Wanna help celebrate the publication of my first novel Men with Their Hands and my third poetry collection Mute?

Then come on down to Columbus, Ohio! I'll be giving a presentation at the Ohio State University on Thursday, March 4th. Here's the info extracted from their PDF flyer:

Free and open to the public!
Book signing and light reception to follow
Interpreting and real time captioning services provided

=====
On Saturday March 6th, I will appear at the 10th anniversary bash celebrating the first decade of Buckeye Rainbow Alliance of the Deaf (BRAD). I will be selling books in the afternoon, and then I will share some Deaf LGBT stories with everyone after dinner. Please come join us for fun and friendship. For more information, please check out BRAD's web site.

Hope to see y'all there! It's been years since I've been to Ohio.

Mwah mwah, everybody!
Posted by Raymond Luczak at 3:11 PM 1 comment:

Holy-moly! Three of my plays performed the same weekend?

Still busy with the rewrites of my new play The Darkest Room in the House, but I thought you should be aware of this. The ASL-interpreted performance of my three plays (the comedies Jackhammer and Unhappily Ever After are also performed) is on Saturday March 13th only. The ASL-interpreted performance of Mahmoud Hakima's Two Bowls of Cereal and Some Bacon is on Saturday March 20th only.

Description: Festival featuring five new and developing works by three emerging playwrights. Scripts available upon request prior to performances. Three staged readings of Raymond Luczak's plays: The Darkest Room in the House: An intimate family drama about a long lost father. What is faith's nature and how do we hold on? Adult language and situations. Jackhammer: Two competing office workers blackmail and bribe their way to the top in this David Mamet parody. Unhappily Ever After: A Cinderella spin on gay marriage! A full production of Mahmoud Hakima’s Two Bowls of Cereal and Some Bacon: The product of a fractured and violent household, boy Mahmoud finds innocent joy in the attentions of a lovely, older Mystery Girl in his gifted and talented class. A moving and original one-man show.

Hope to see y'all there!

Raymond
Posted by Raymond Luczak at 3:00 PM No comments:

I shouldn't shout ... but MUTE is coming out!

While I've been busy rewriting my new play The Darkest Room in the House for Bridge Productions these days for its performance in March 2010, I got word that my newest book of poems, Mute, will be shipping within two weeks. (OMG.) 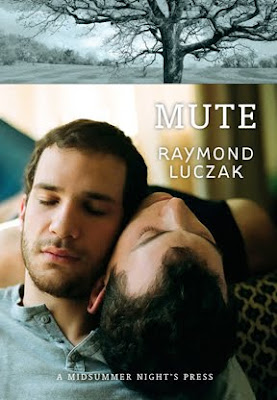 Here's what A Midsummer Night's Press had to say about my book:

"Do not be afraid of your face.
Move into a beam of light
in the bar. Smile openly.
Watch his hands move
quicker than strobe lights
as he surveys the crowd with his friends.
Do not think of how hard
it might be to have a casual
conversation.

Silence is always a powerful statement, but even more so in the hands of Raymond Luczak, who demonstrates in his third collection what it’s like to navigate between the warring languages of confusion and clarity.

As a deaf gay man in the hearing world, he lends an unforgettable voice to his reality of ache and loss beyond the inadequate translation of sound."

Kinda flattering, no? I have absolutely no idea who those two sexy guys on the cover are, but I like how they seem to be listening for each other's silence. Heck, you can "listen" to my new poems by preordering a copy of Mute at this link. (Yep, shipping is FREE within the U.S.!)

If you want the book's ISBN number for ordering through your favorite bookstore, please copy the product information from here. You can also preorder the book from Amazon, but it won't likely ship as quickly.

In a week or so, I will post a few samples and a trailer for the book on YouTube and elsewhere online. I've also consolidated all my book trailers into one place on YouTube. Check them all out!

Thanks again for your continued support. May your toes stay warm and toasty!

Raymond
Posted by Raymond Luczak at 4:48 PM No comments: 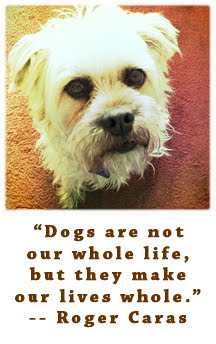 Links You Oughta Check Out Sometime.